Starting in 2014, the U.S. and China have made a number of joint announcements proclaiming their intentions to work together to address climate change, and it has become increasingly apparent that this cooperation is imperative to the international community. The Asia Society partnered with Schema to create a website and corresponding data visualizations that underscore and communicate not only the importance and impact of this collaborative climate approach, but also the data driving it. View the full site.

Schema’s goal was to organize disparate data sources into a unified visual narrative. We implemented a geographically accurate, interactive 3D globe to serve as both a visual anchor and an engaging way to communicate data. As the user scrolls, the graphic smoothly transitions between a video version of the data on a rotating globe to the interactive globe graphic that shifts between data sets as the user makes selections.

The interactive 3D globe serves as the focal point for user engagement, successfully communicating various data sets and drawing the audience deeper into the website, where they can explore various articles and policy research. 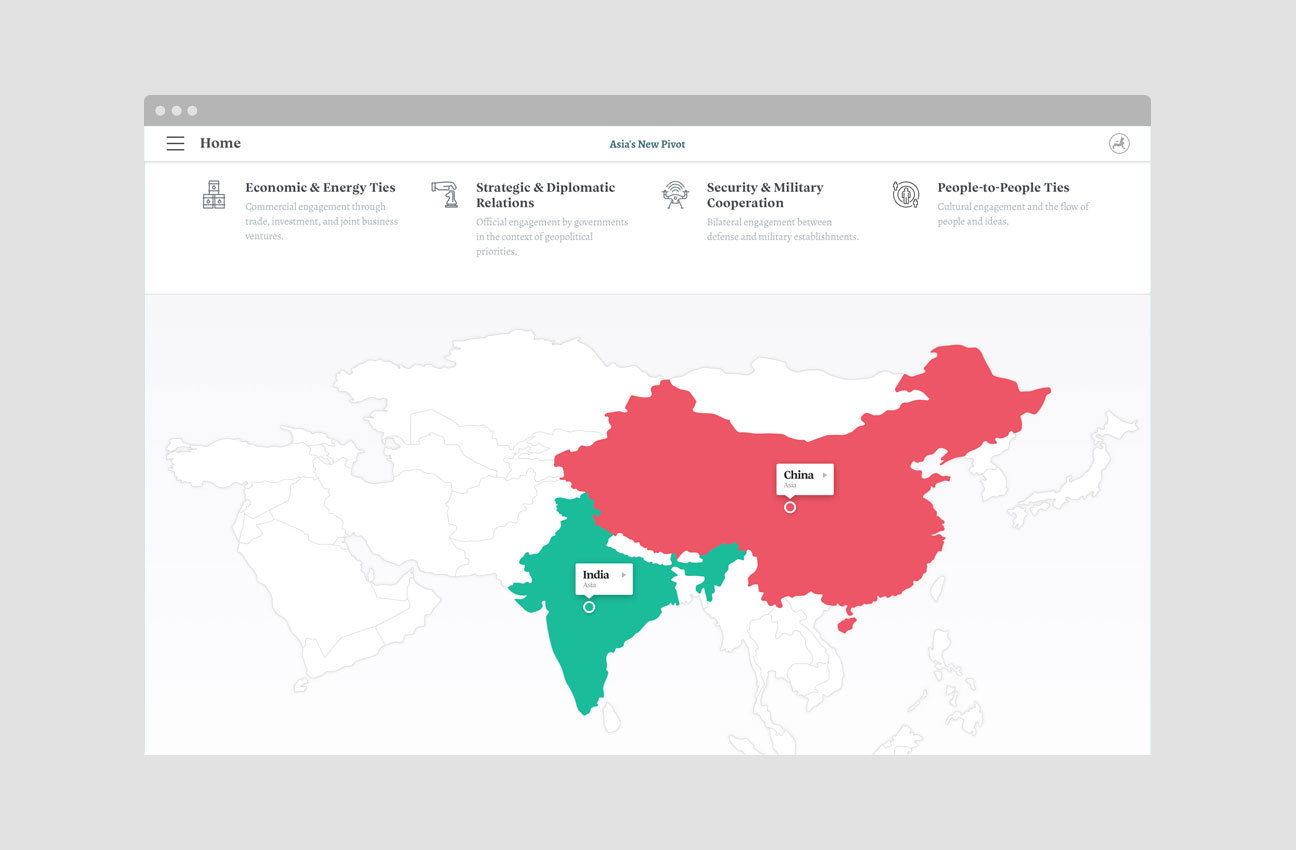 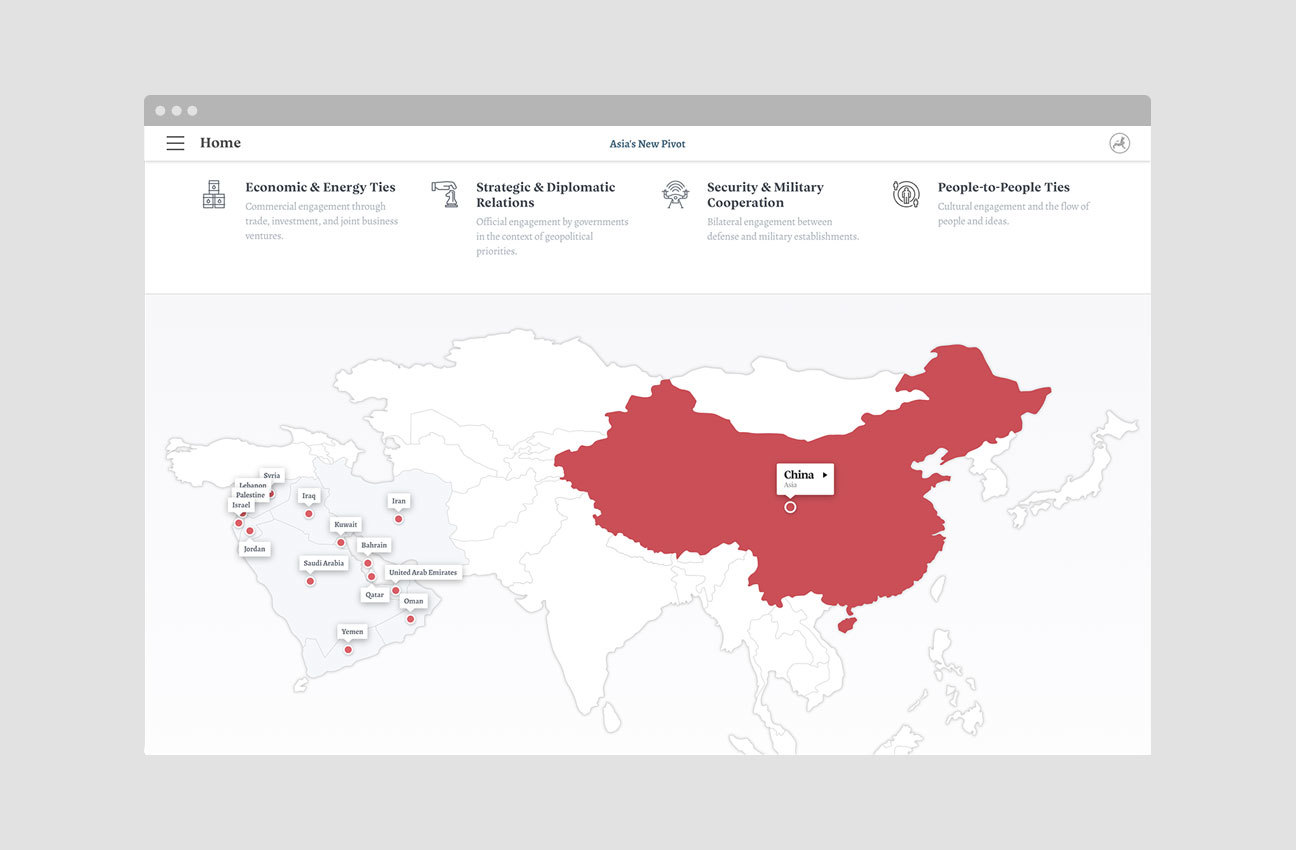