Shaping the Future of a Global Economy

Bloomberg’s inaugural New Economy Forum was held in Singapore on November 5-6, 2018. The conference sought to build a community of leaders to engage in real conversations and find solutions to the critical challenges facing the world economy. Schema worked closely with Bloomberg to design and build six vertical video installations, each one touching on the themes of the conference: Trade, Technology, Inclusion, Finance/ Capital Markets, Urbanization, and Climate. In addition to this, Schema combined these themes into one horizontal interactive display.

Schema began the project by first understanding the space where the installations would be displayed. After assessing the space at the historic Capella in Singapore, it was decided that the six vertical installations should be designed to all be viewed all at once from anywhere in the lobby area. This meant that the pillars would not only be built to display the videos on both sides, but would also run content simultaneously using custom built software. Once the layout was confirmed, Schema began designing storyboards for each of the conference’s themes using content from Bloomberg Businessweek’s vast archives. Each storyboard was then turned into a six-minute video incorporating data visualizations, images, text content, and videos.

From the beginning of the project, Bloomberg knew they wanted to incorporate an interactive element into the design. During an all-day workshop in Bloomberg’s New York City office, it was decided that a touchscreen map would work to tie the conference’s global themes together. This allowed guests to dive deeper into the complex issues touched upon on the pillars.

Each pillar, sped up 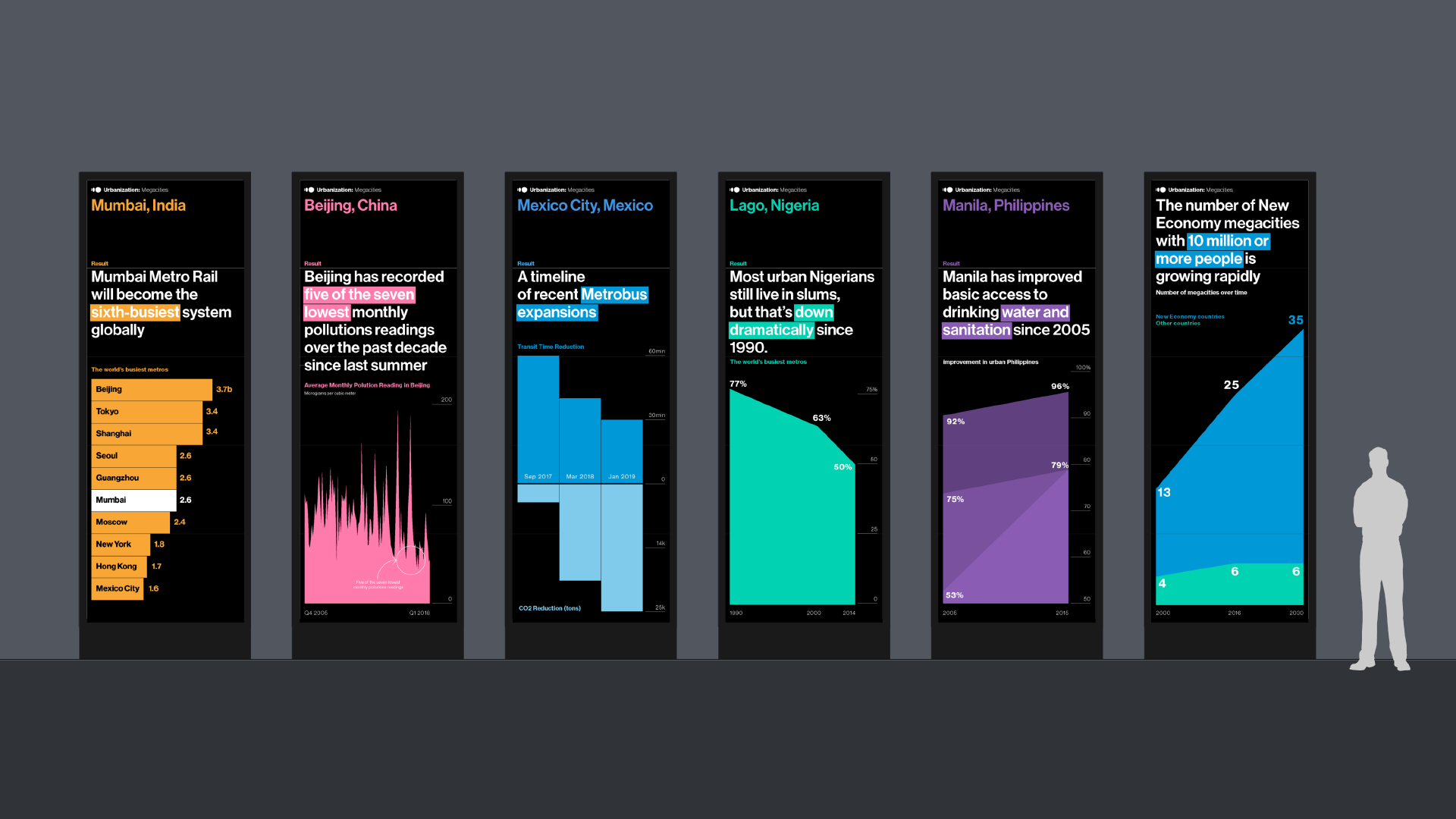 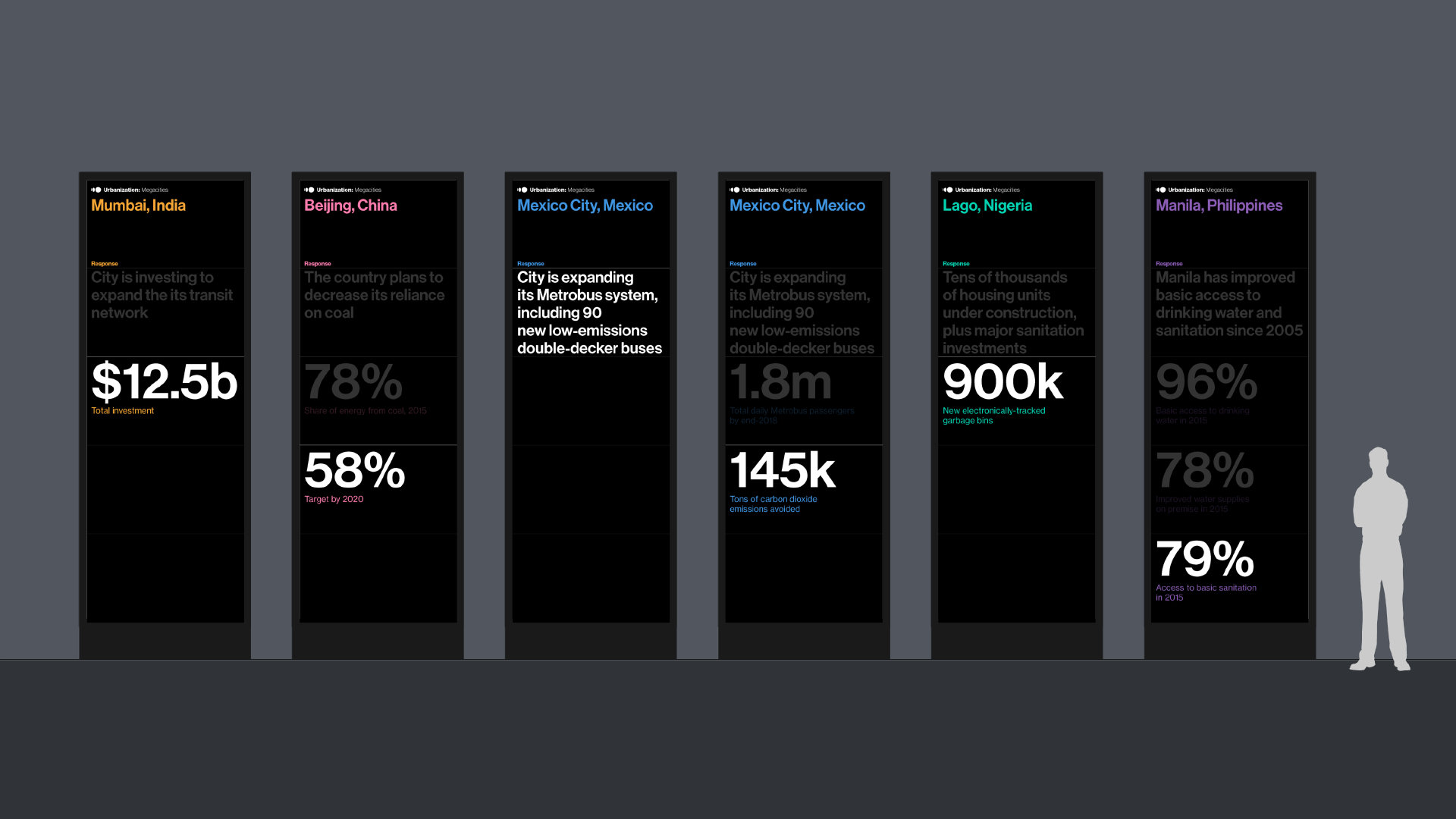 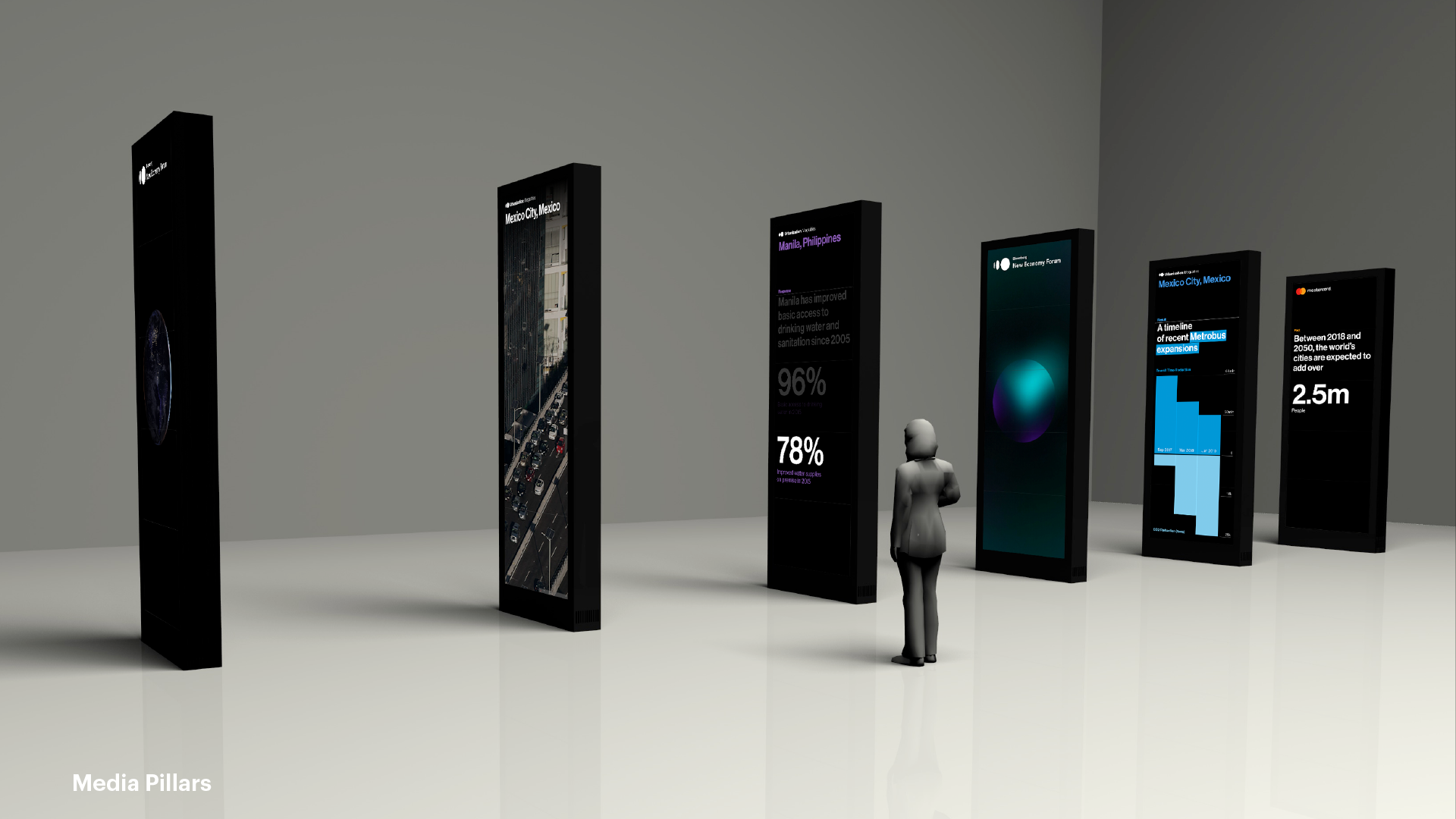 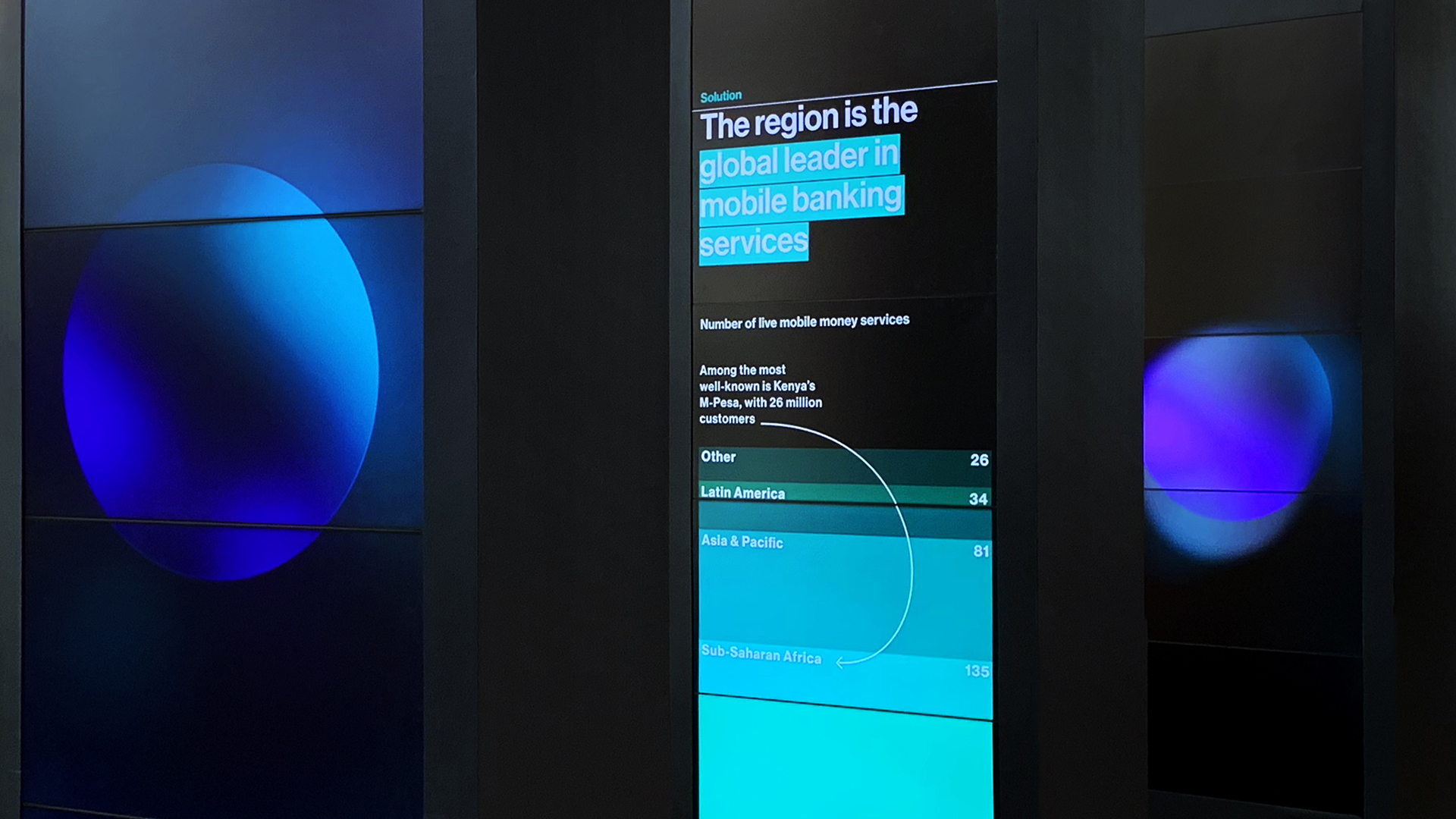 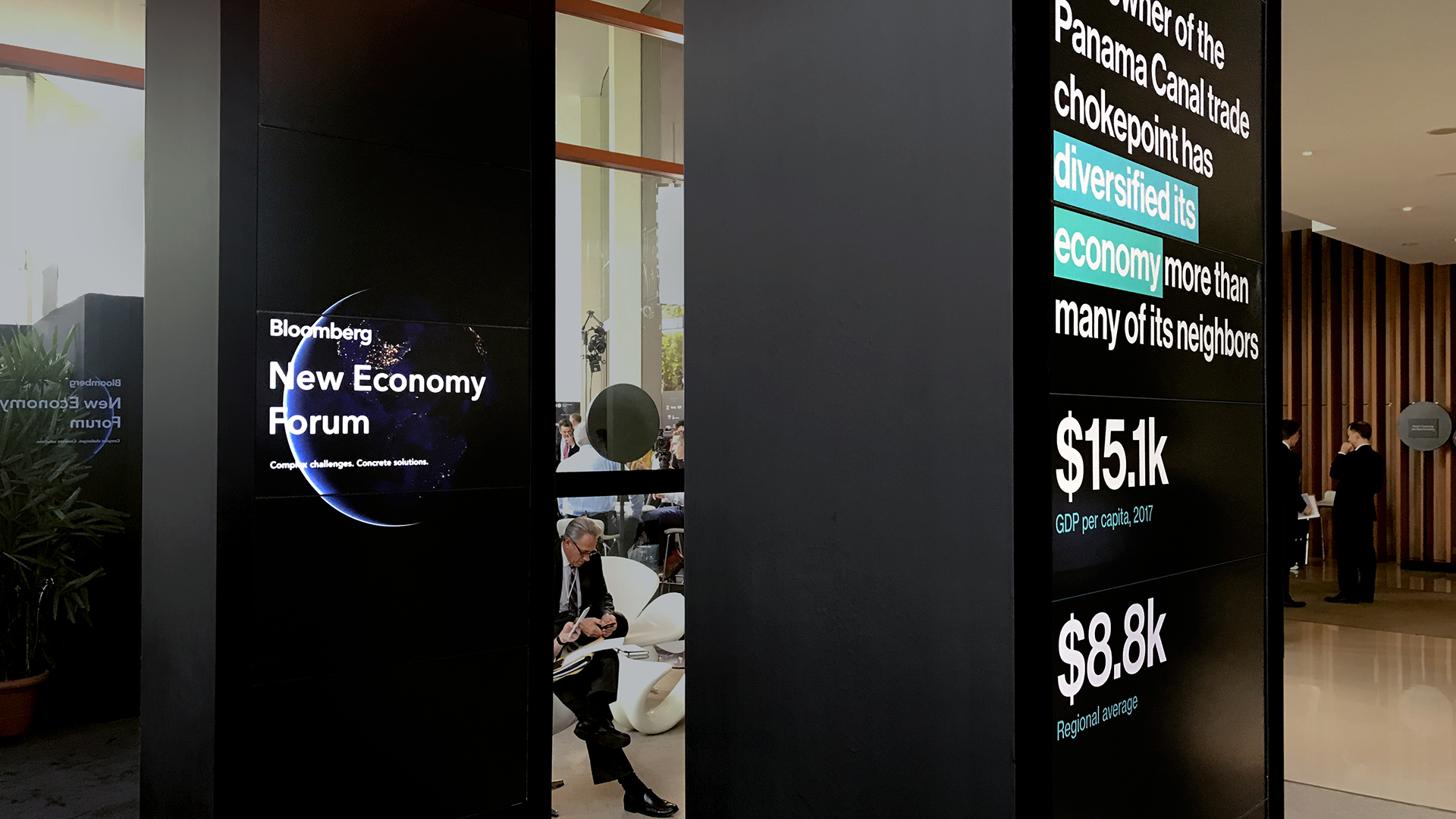 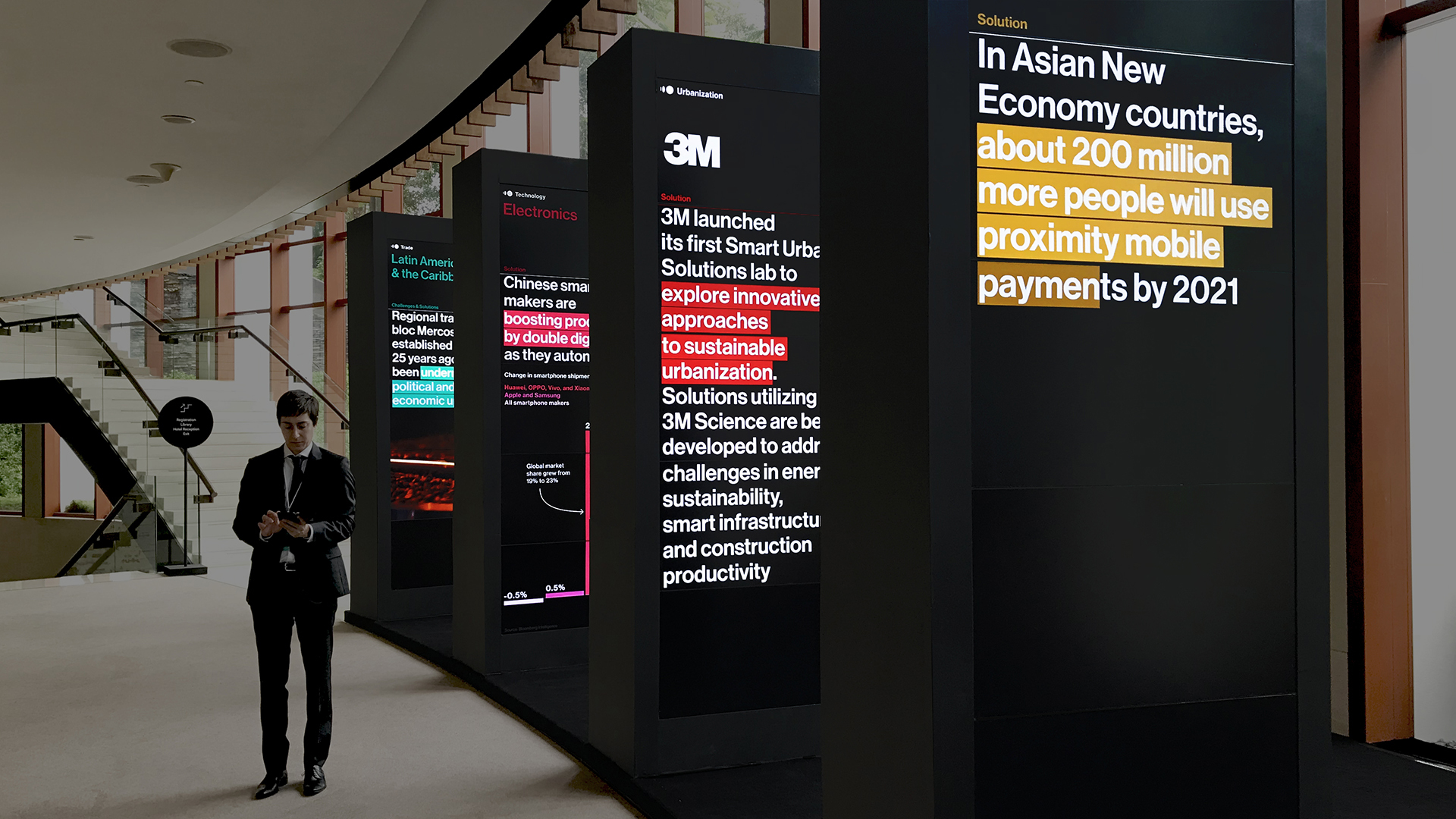 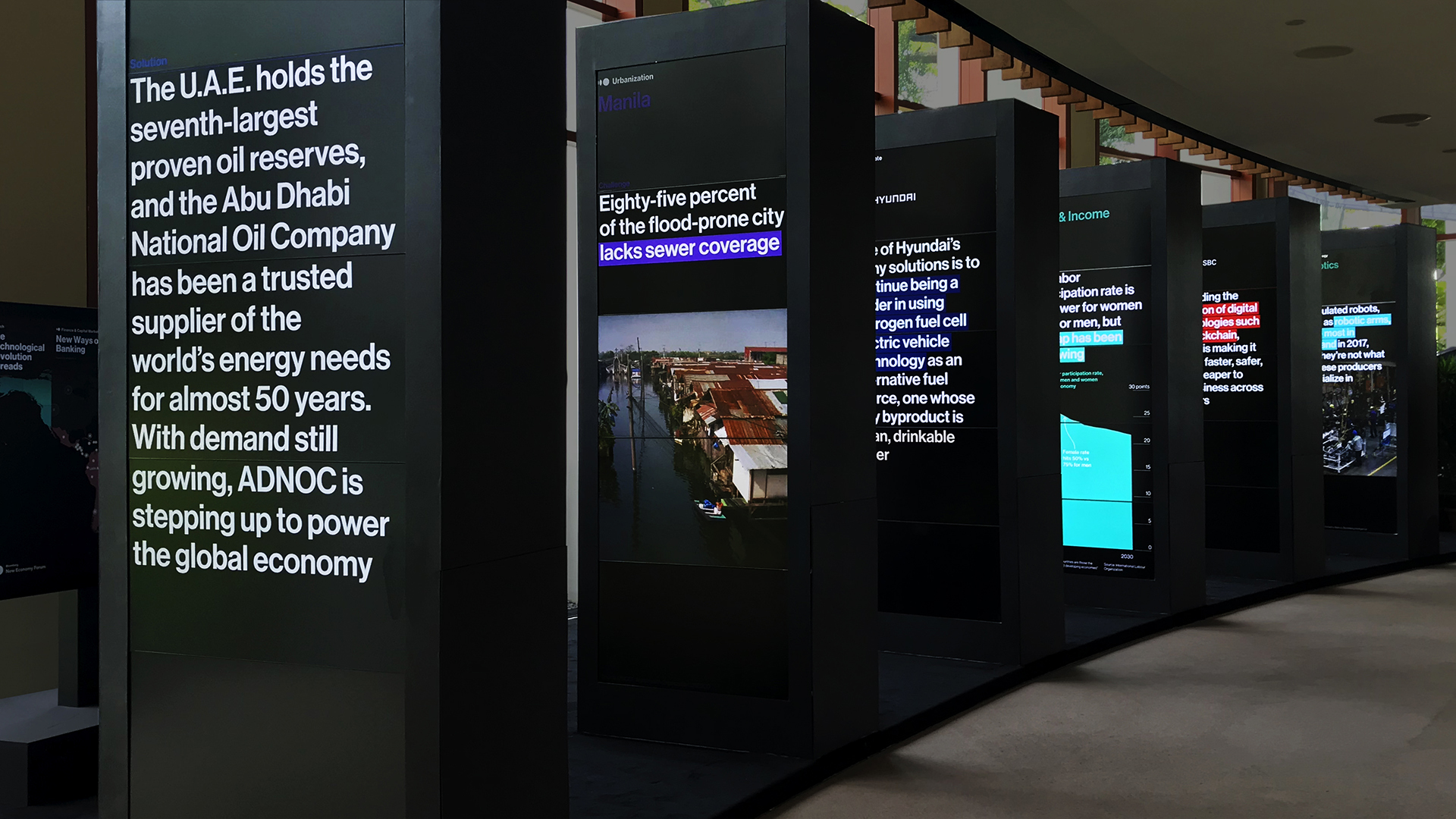 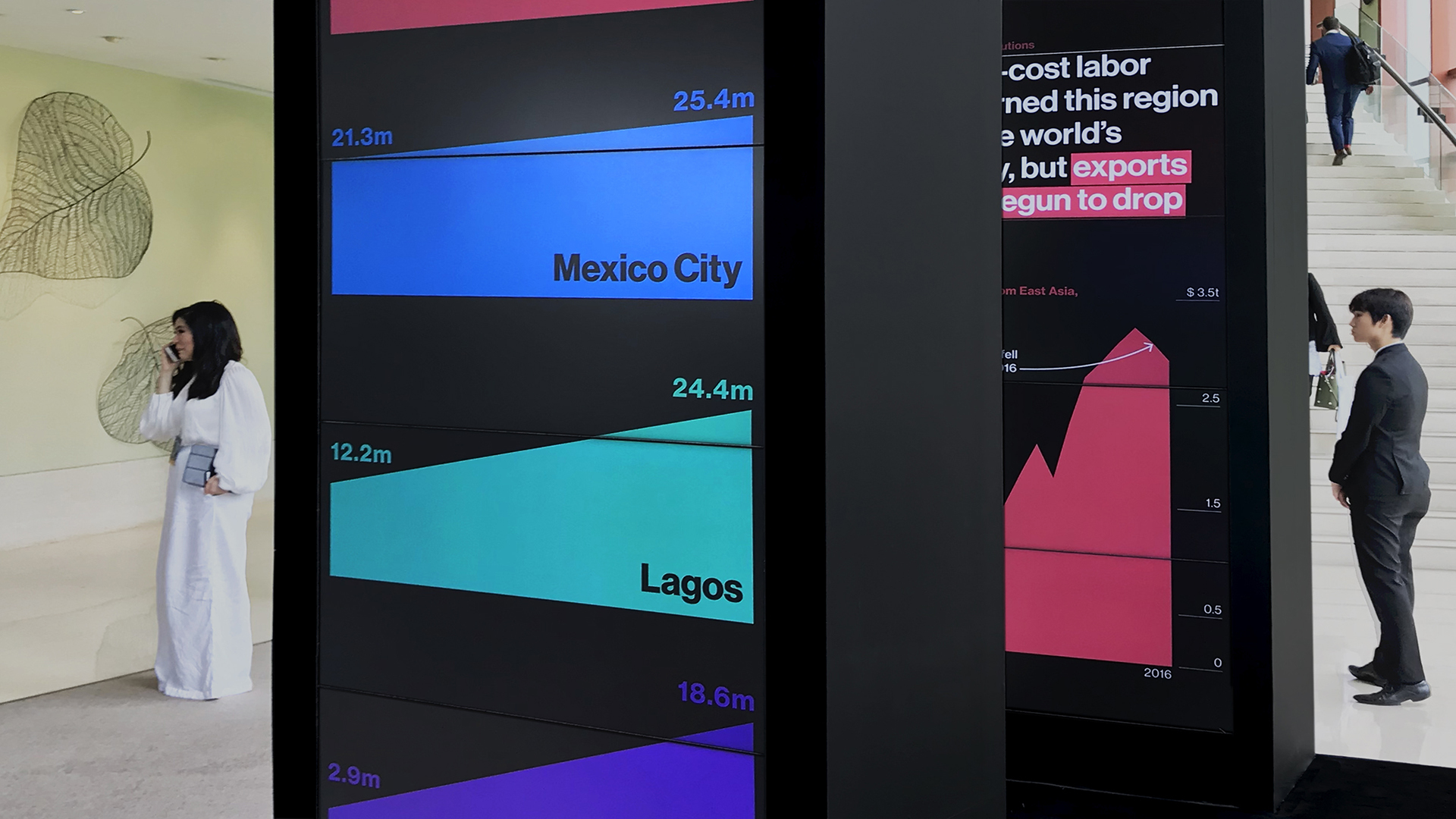 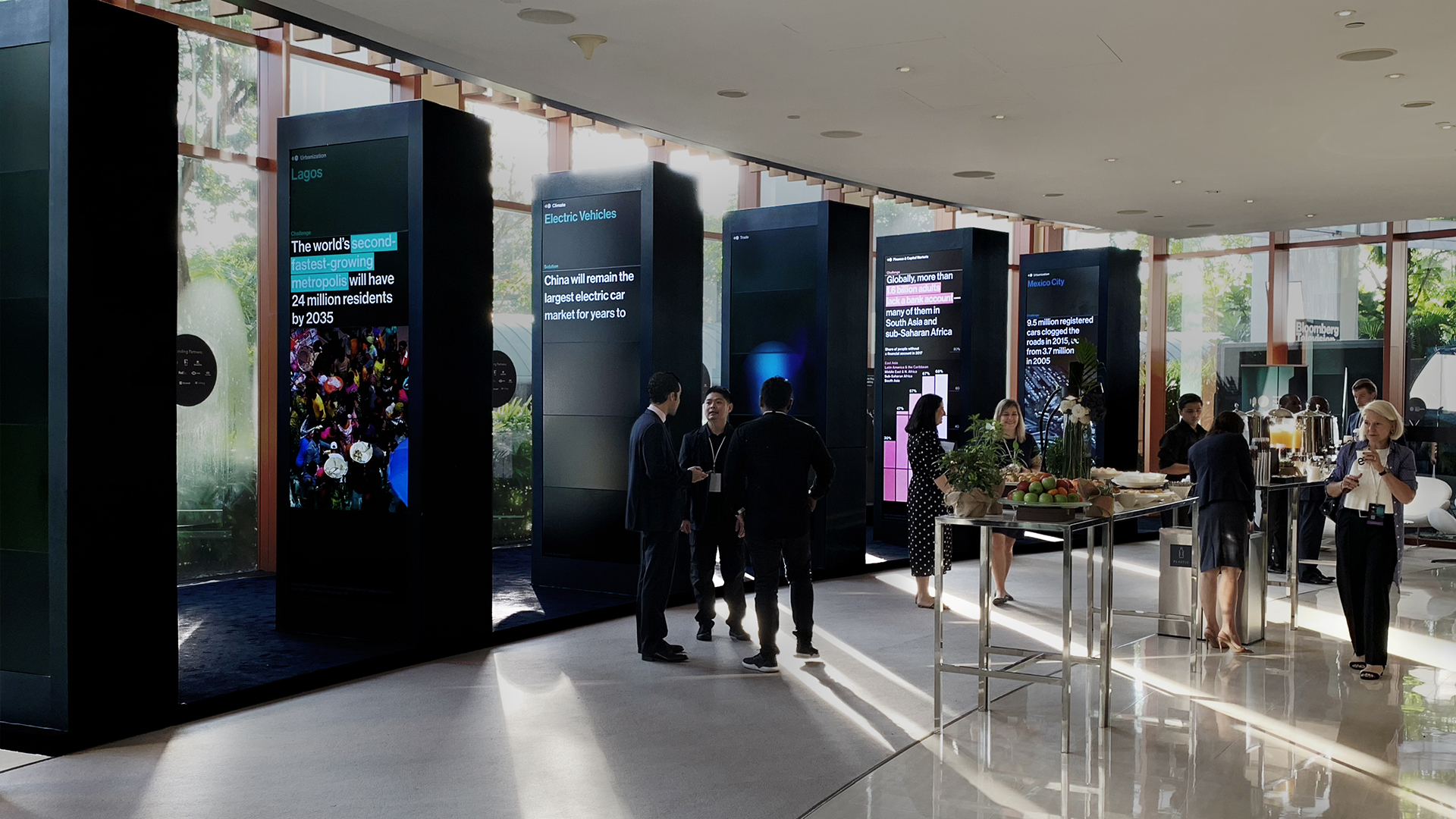 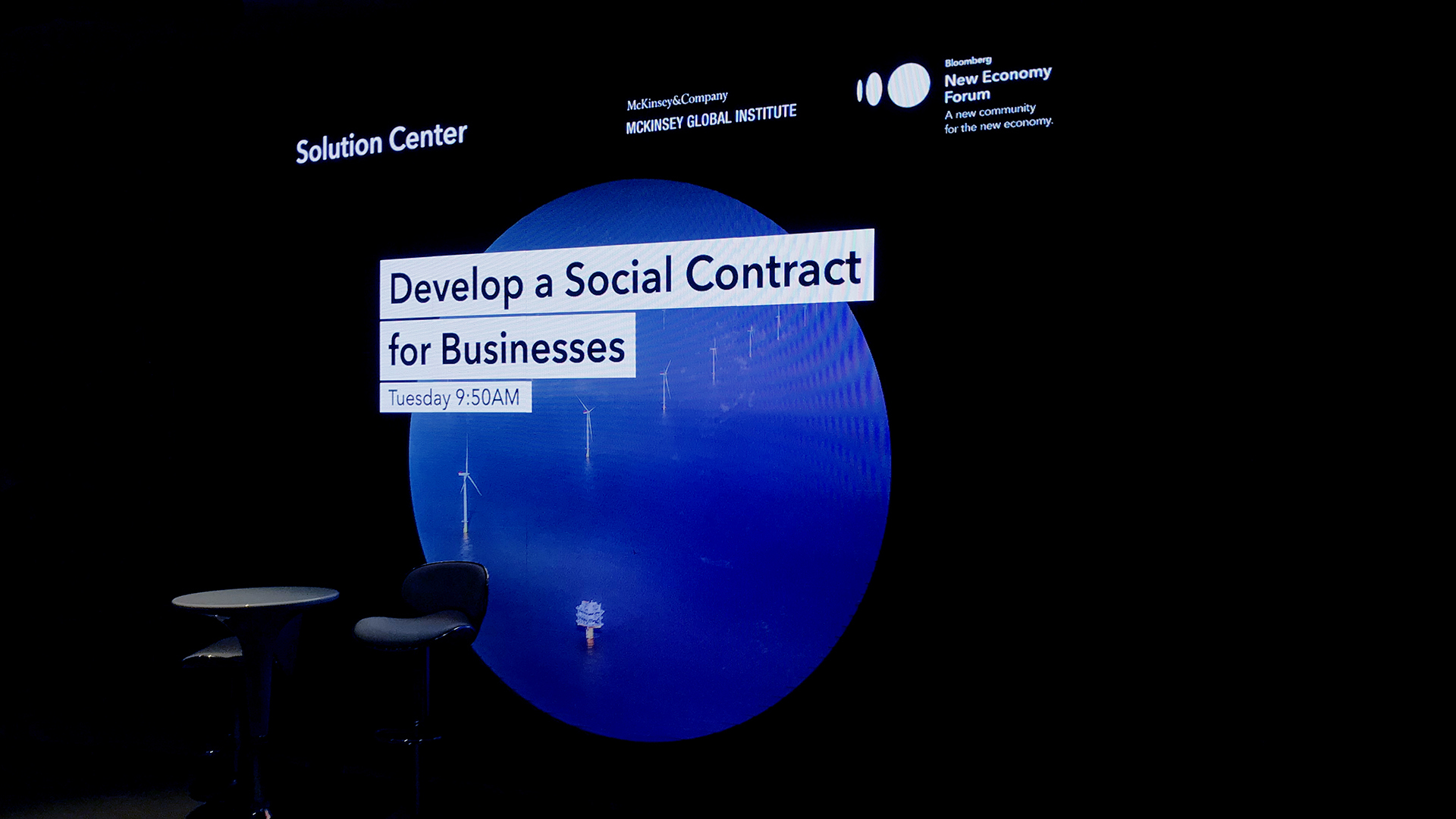 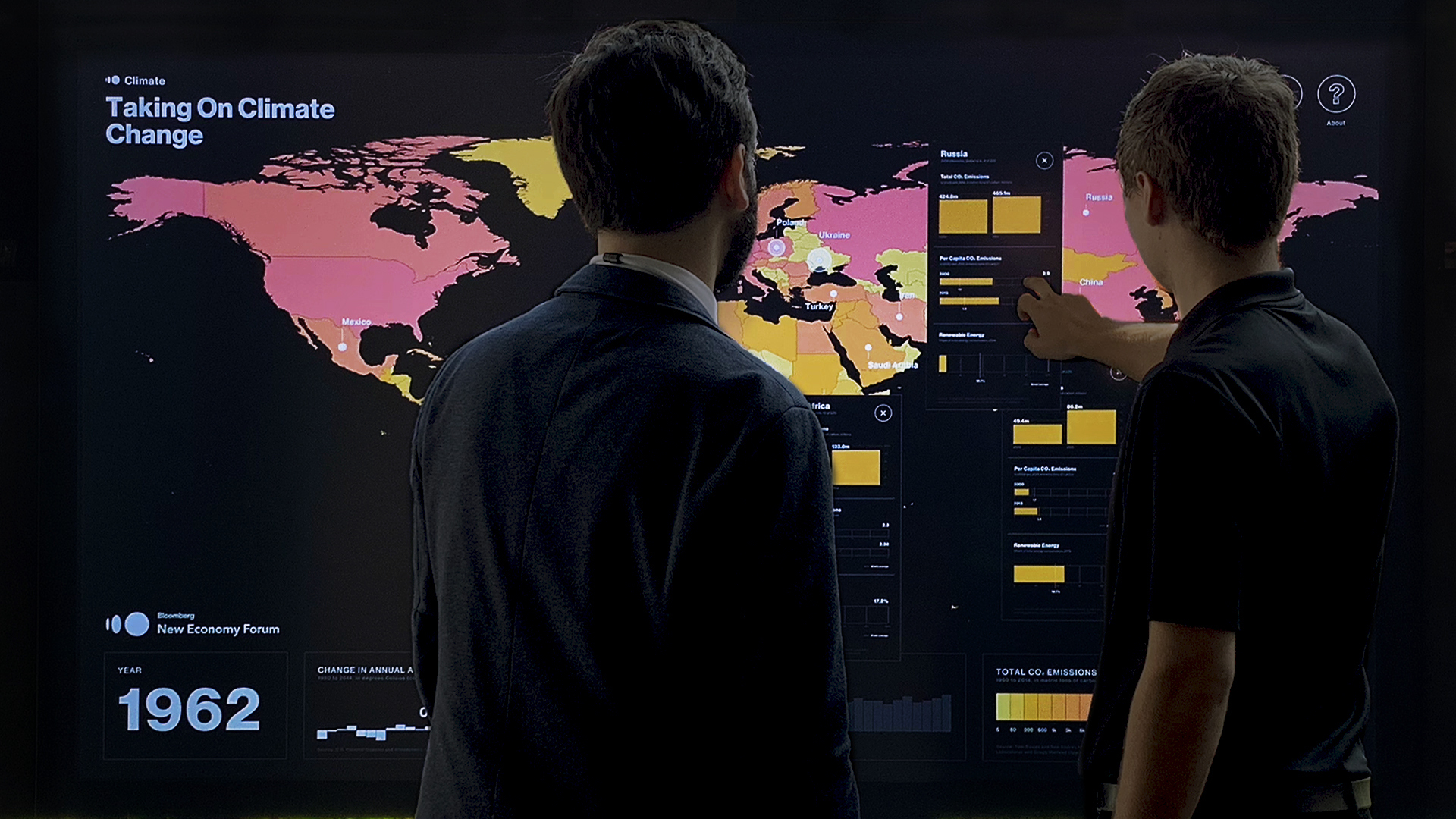 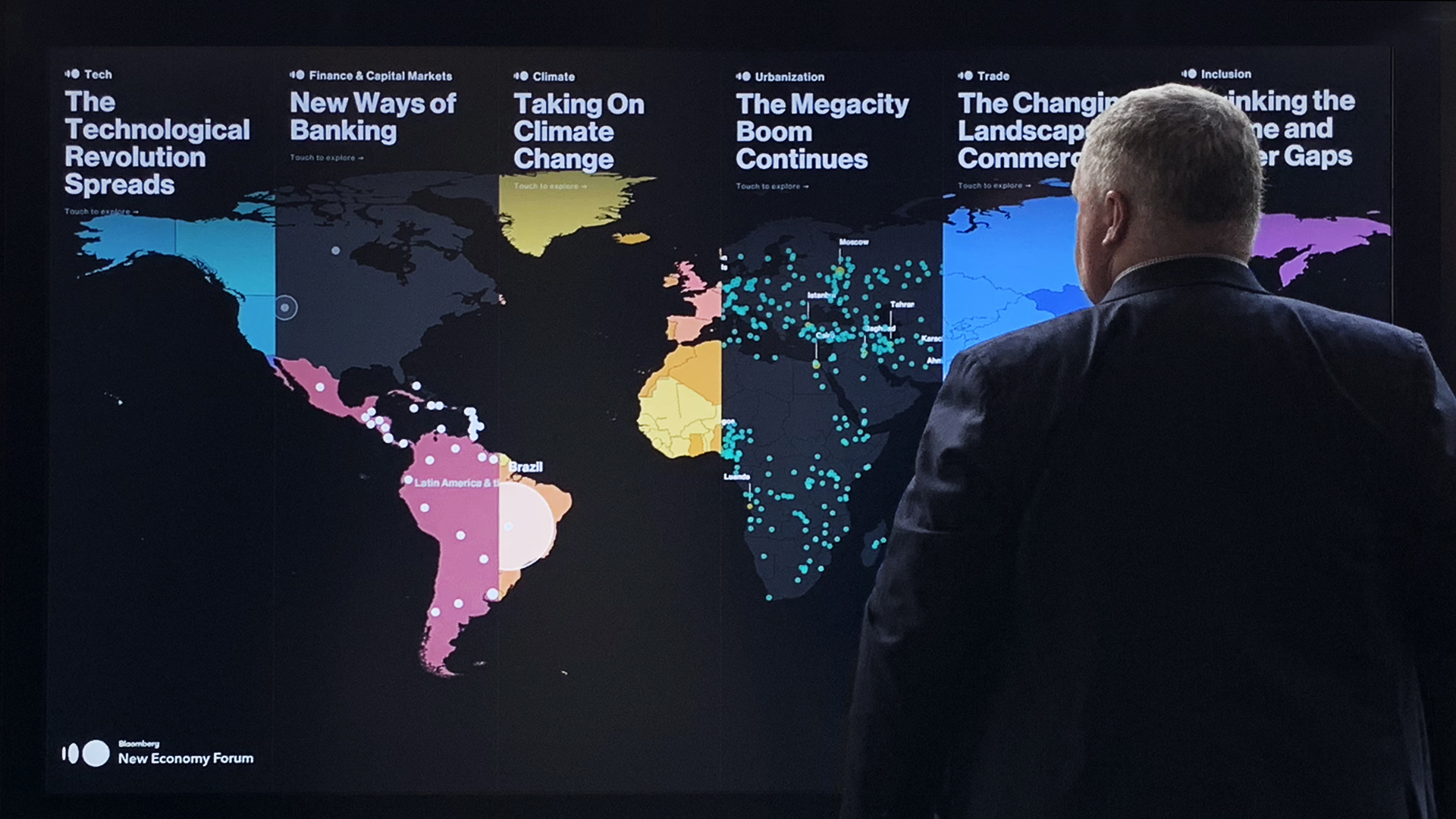 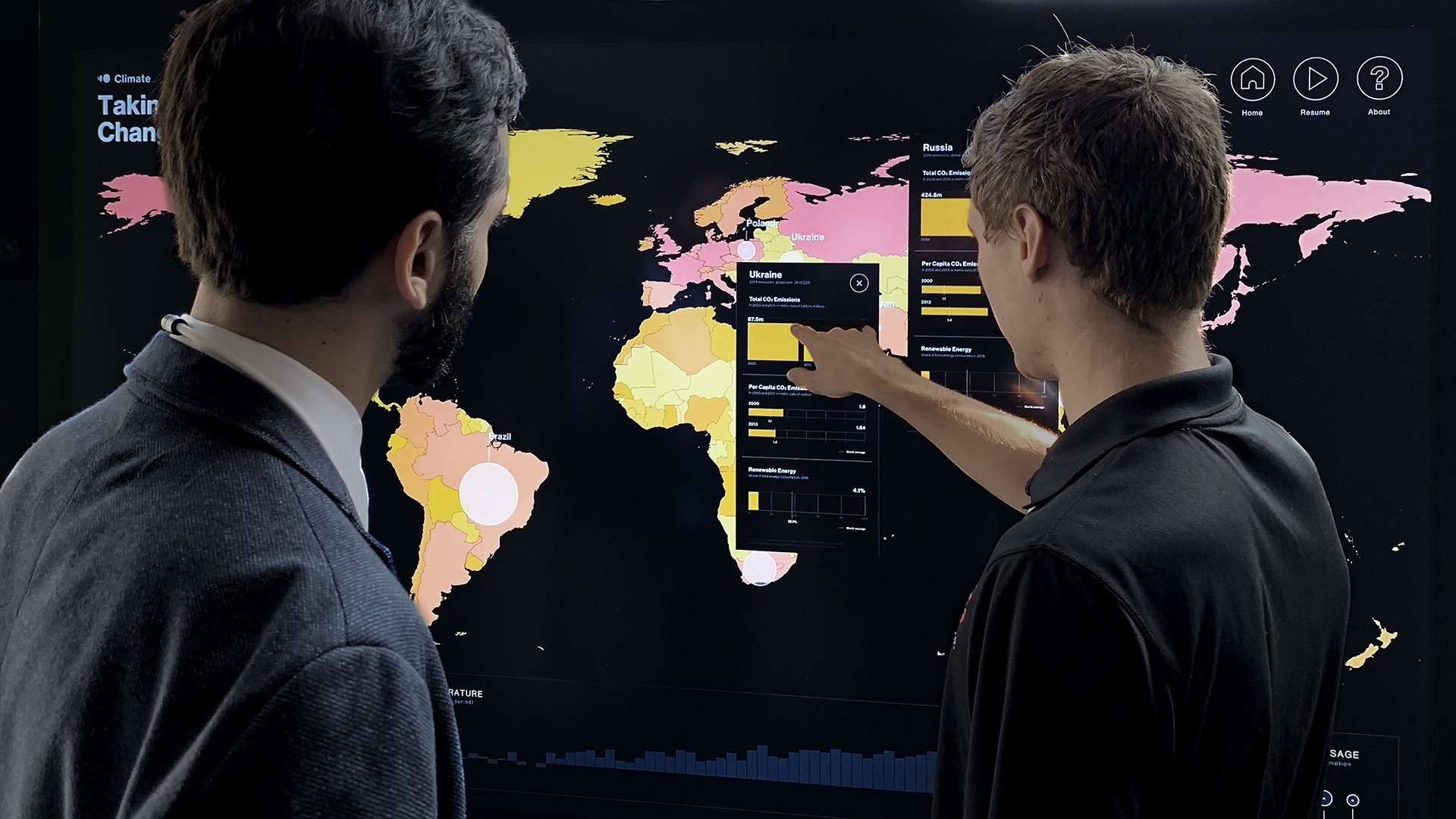 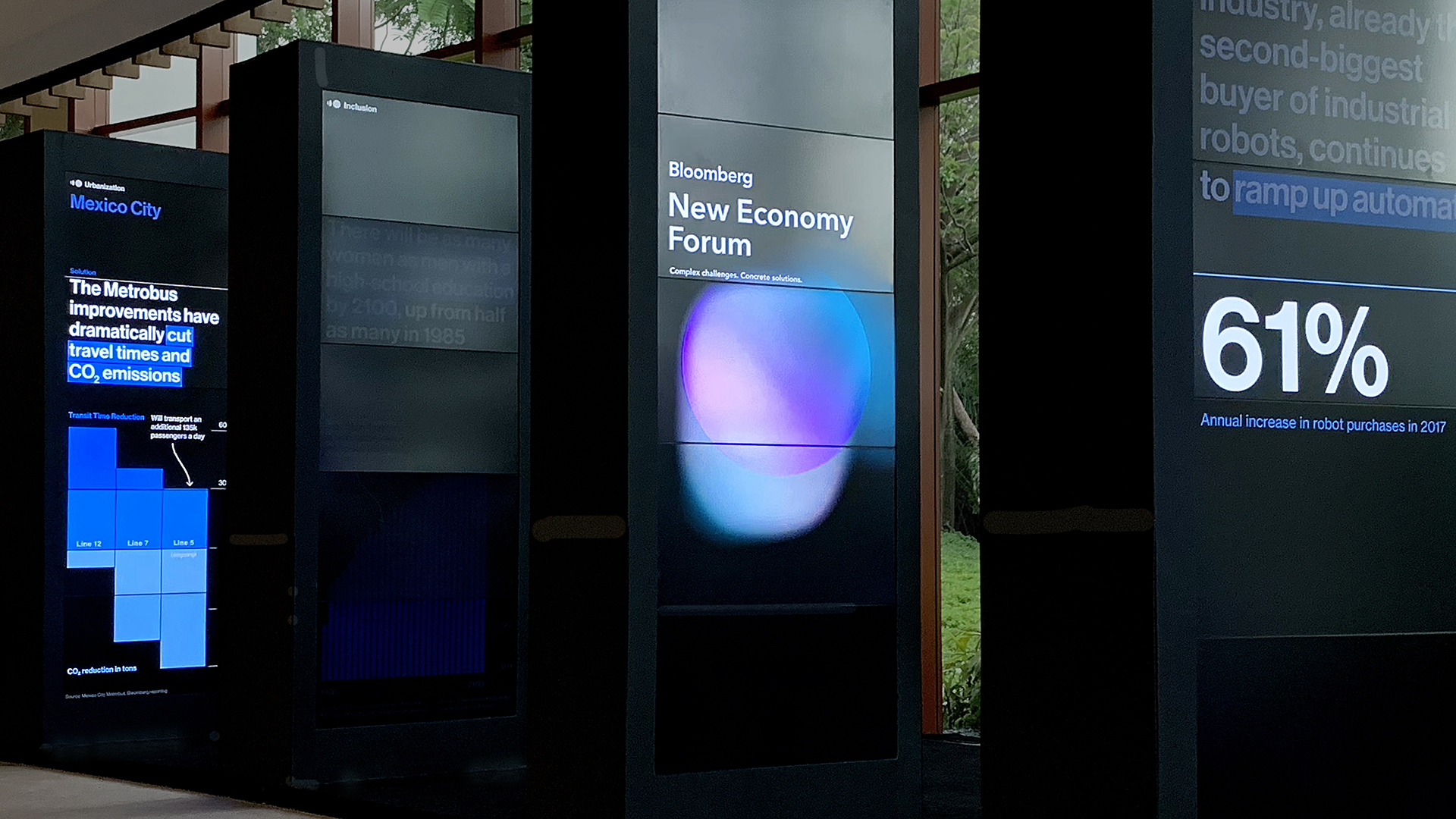 The installation worked to showcase Bloomberg’s impressive selection of articles, data, and visual images and provided an immersive atmosphere for guests to discuss the conference’s topics. Each video presented challenging issues facing the global economy as well as solutions to these issues. 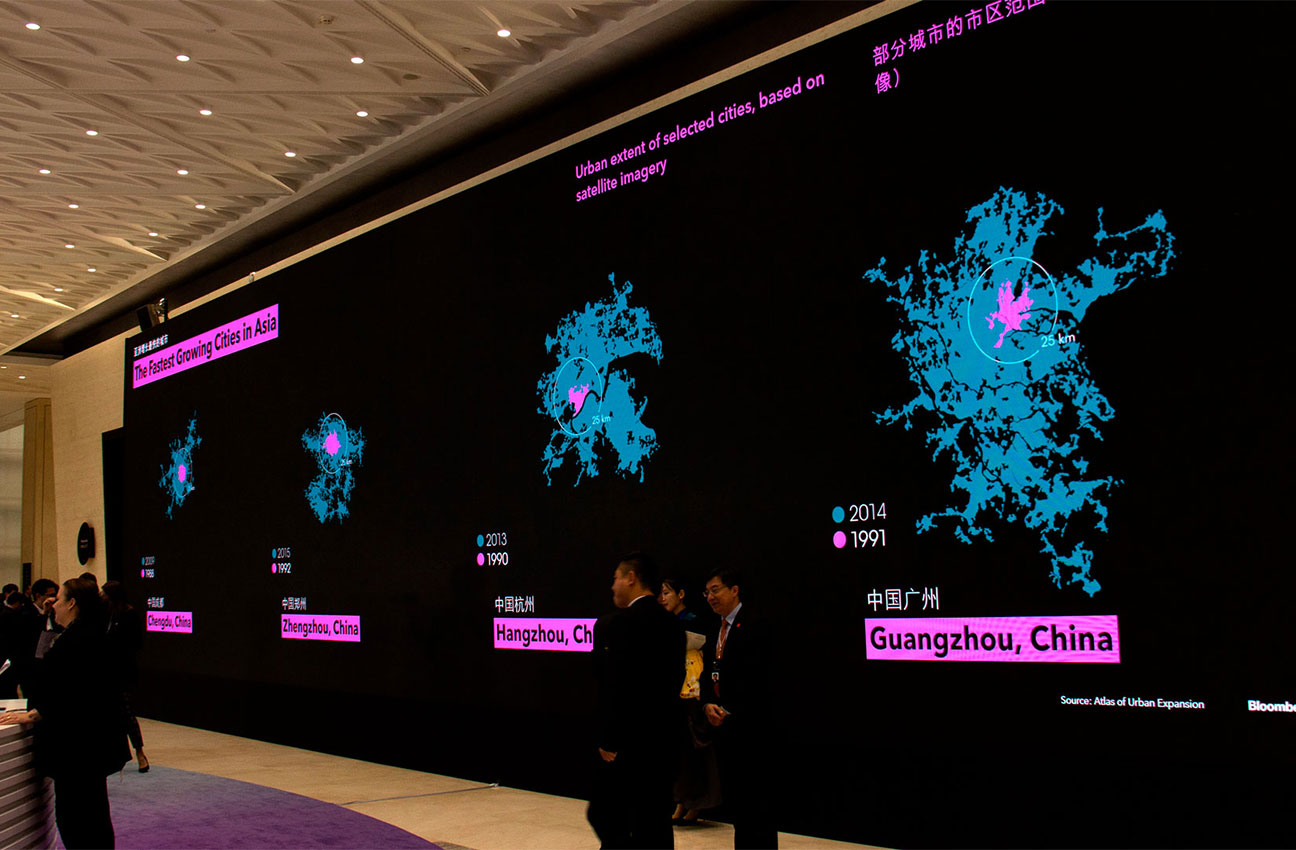 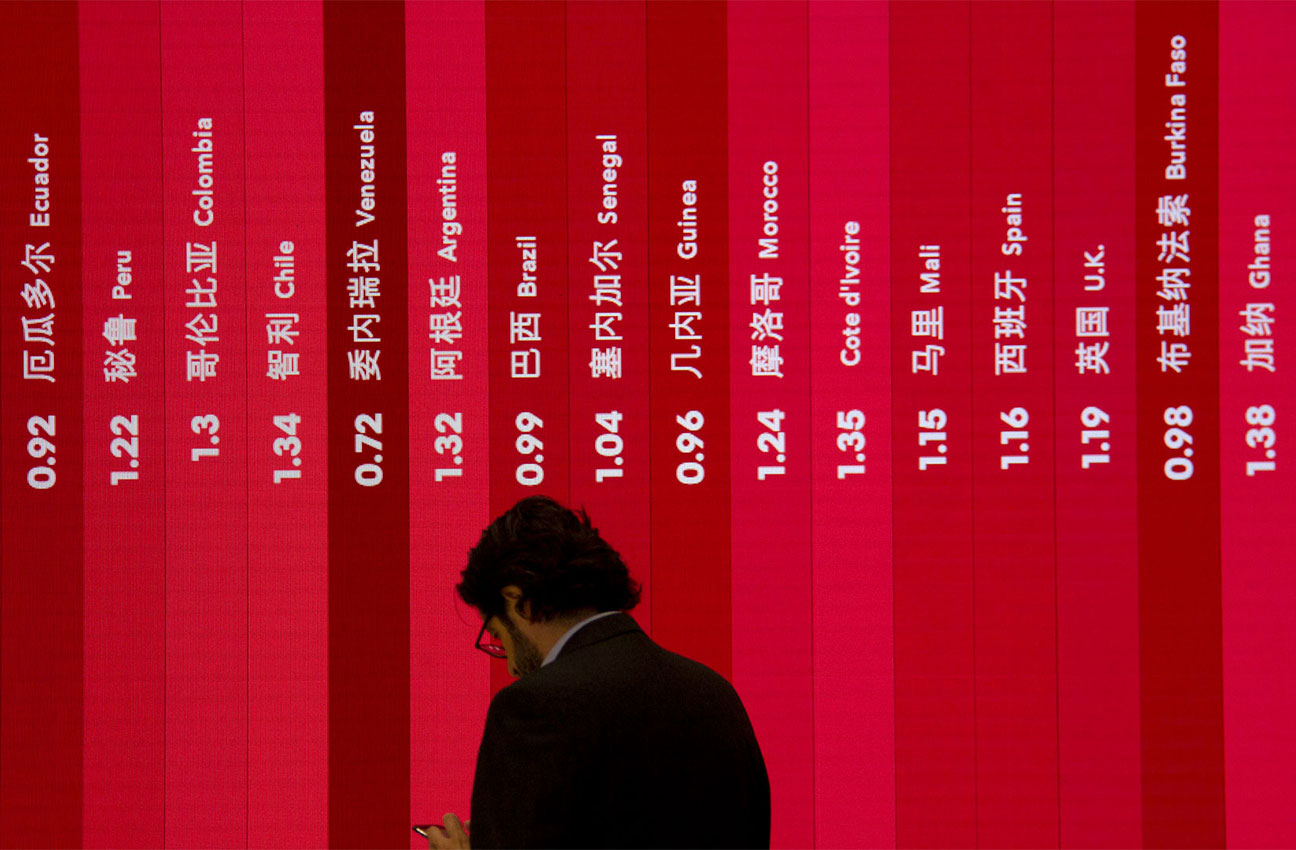 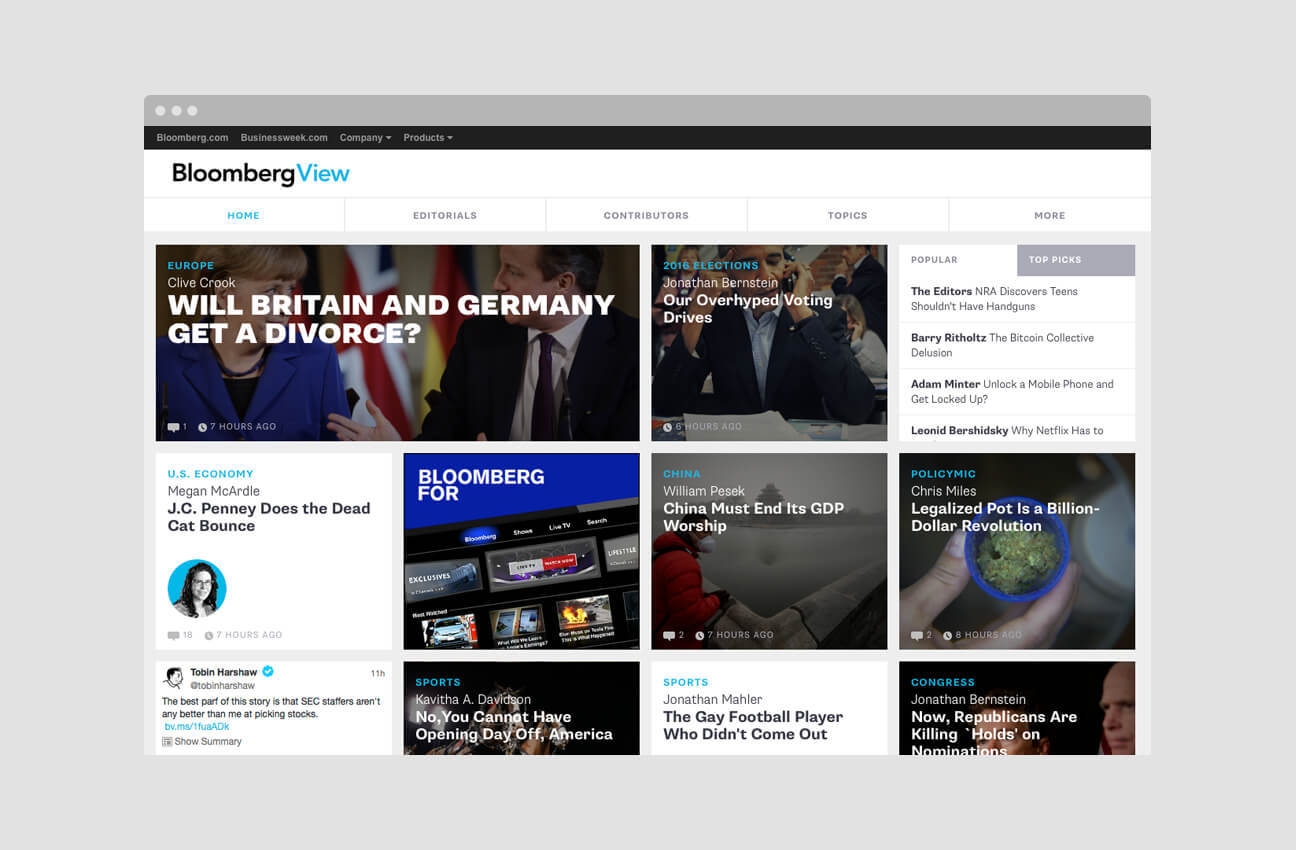 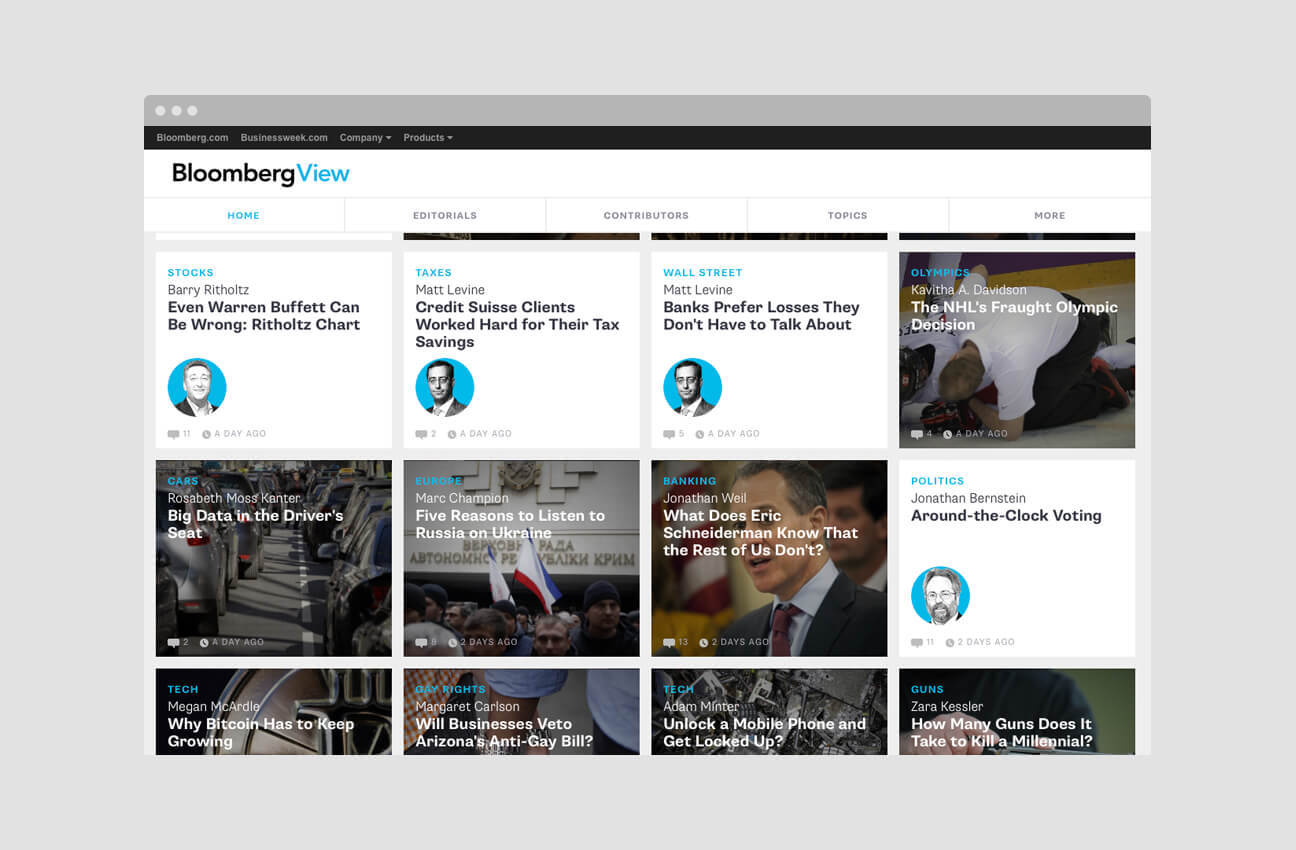